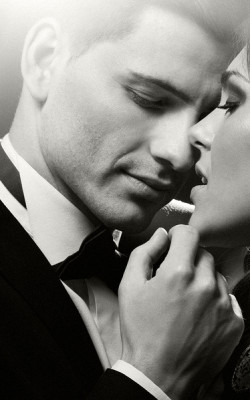 My first interested in male chastity as in the form of play, but I liked the idea so much that I barely got the device on before it caused me to orgasm and I lost interest. That was fifteen years ago but I still had the device stored away tormenting me. Just under 4 years ago I decided to try male chastity again as I had read a little more about orgasm denial and chastity life style. I thought perhaps it will make me happy to be locked up for a day or so. Also now I was married and had a wife that liked sex and may not see anything in this idea for her.

I suppose the next issue that was going through my head was that my marriage was not in great shape and could perhaps somehow improve my status by giving control of my orgasms. My wife at this time regarded me as completely untrustworthy because of my past behavior and history. This was making my life and my wife miserable so I managed to conjure up the courage one morning when it was becoming all to much and something had to change. I proceeded to let my wife know what I had in mind to put her at ease. She agreed with me regarding our relationship but as for male chastity I could tell she wasn’t convinced. Eventually she agreed to give it a try as we had to do something before our marriage just went down that slippery slope towards divorce.

The start of our male chastity lifestyle

Once she agreed to the idea the next step was to draw up the mandatory ‘chastity contract’ (which basically outlined the consequences for any unauthorized release from the device or release in the form of orgasm). I was very cautious, worried and excited with this contract as to when I was to get my next orgasm and weather I was going to get any release at all. As well as ensuring that I would pay dearly for any further infidelity we had also factored in a monthly milking (for prostate reasons only). The milk has never was enacted due to many lifestyle and personal reasons but after the first month I realized that I wanted to be wearing a male chastity device for a long time.

After about 10 days into the first period things in our life started to change for the better. According to my wife I apparently had become a better person to be around and I felt better too. My wife actually told me of my better company several months into chastity (she held back telling me because she was waiting to see if it was a long term change or just a fleeting high). Over the first couple of months I became better at coping with the night time erections that would always wake me and due to the poorly fitting device at the time. I was determined to make this work as I started to feel the benefits of being in chastity plus my wife seem to be a noticeably happier person. I was again enjoying being with the person I had originally fallen in love with. I had not actually realized that she was reaping the benefits of my new orgasm denial situation and she needed no further persuasion from me to continue me to remain locked up for a very long time.

Now started the hunt for the perfect long term male chastity device was on.

Wanting a Key Holding Service? Do you want to be held accountable.

Do you want to gamble your release date?

Do Want games to play the has rewards or punishment?

What Do You Want……………….?
Tell us what you are looking for so we can add it into our service options. Just email us LadyFox@customchastity.com

Lady Fox and the Team.

Is there a problem with your web page? It now shows that it’s no longer a safe/secure page! ... See MoreSee Less

Doing it in style and locked ... See MoreSee Less

Tell us what new design would you like us to make for you? ... See MoreSee Less

This website uses cookies to improve your experience while you navigate through the website. Out of these, the cookies that are categorized as necessary are stored on your browser as they are essential for the working of basic functionalities of the website. We also use third-party cookies that help us analyze and understand how you use this website. These cookies will be stored in your browser only with your consent. You also have the option to opt-out of these cookies. But opting out of some of these cookies may affect your browsing experience.
Necessary Always Enabled

Any cookies that may not be particularly necessary for the website to function and is used specifically to collect user personal data via analytics, ads, other embedded contents are termed as non-necessary cookies. It is mandatory to procure user consent prior to running these cookies on your website.

During this crisis, Stay Home, Stay Safe and Stay Locked - Remember it wont be like this forever - Much Love Lady Fox and Team. Dismiss